The Irrationality of Gay Marriage by Atheist Frank W. 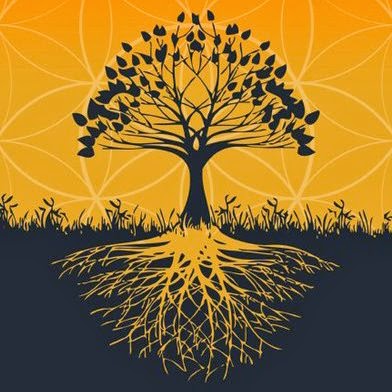 People must understand that there is no traditional marriage as opposed to gay marriage. There is only marriage between man and a woman, or True Marriage.  "Gay marriage" makes about as much sense as "Creationist Science" or "Animal Rights".    This isn't to deny the rights of those who reject evolution to have their say, nor is it to suggest that animals should be horribly treated.  There should be intellectual freedom, and we should treat animals humanely.

So, first of all, those who oppose 'gay marriage' should not say they are for 'traditional marriage'. They are for marriage or true marriage, pure and simple. Marriage is between a man and woman, or in some cultures between a man and several women. I think history has shown that monogamy is far more sensible and desirable than polygamy. So, marriage is that between a man and a woman in the civilized sense. "Gay Marriage" may have the look and sound of marriage, but it is a travesty of the principles of marriage, just as 'creationist science' is a travesty of science.

I've been a lifelong atheist, but surely normo-sexual (Heterosexual) people are infinitely more valuable than homo-sexual people in regard to the perpetuation of the species. Life, whether one deems it sacred or not, is created thru the male/female union.  If life is sacred, the most sacred human bond is that between a man and a woman. That produces life--normal or gay. So, to confuse or water down normosexuality as just a lifestyle among many others is unreasonable. Gays should have the right to be gay and live their gay lives, but it's not alright for the gay agenda to undermine the meaning of marriage.

This is radical egalitarianism that is also radical elitism. It's radically egalitarian in the sense that it has no sense of higher value; it ignores the primary function of sexuality in nature and the purpose of marriage in society.  It's also radically elitist because only wealthy and abundant societies can indulge in such social fairytales--just as only wealthy communities without starving people can have cafeteria food fights. It's also elitist in the sense that the gay agenda and its related theories were hatched by resentful and delirious intellectuals in the academia and cultural institutions which feel nothing but contempt for the ordinary people.

Of course, the gay agenda has been mass-marketed by the powers-that-be, and we know how such things work.  If millions of kids STUPIDLY want $200 gym shoes because famous athletes promote them, it's understandable that more and more kids warm up to the idea of 'gay marriage' because all the cool, beautiful, and hip people--the celebs-- seem to be for it.

And, if you disagree? Why, you're said to suffer from an 'irrational, unnatural, unhealthy, and psychotic mental disease called homophobia' and potrayed as ugly subhuman monsters on TV and in movies.  In the past, the medical community diagnosed homosexuality as a mental disease. Now, those who oppose 'gay marriage' are supposed to suffer from a mental disease.  Psychology is now, as back then, more a tool of socio-political ideology than a true science.

The bottom line is that no matter how flawed families are--which is natural since all humans are flawed--, family is the essence of moral life. Any man and woman can produce life. But, that alone doesn't lead to moral life. Life becomes moralized only when the people who create life take responsibility for that life.  The last thing we should be doing is to weaken the ideal of the family even more. Marriage and family--in their truest sense--is what is most fundamental to a moral society.

What the gay agenda is trying to do is not to offer an alternative view of social reality--what many gays have excelled at--but to replace the normal with the alternative. Alternative views are valuable precisely insofar as they offer something missing in or elusive to the normal. But, it is dangerous when the alternative tries to subvert and usurp the normal.  An artist or spiritual guru may provide poetic truth to a scientific community, but we must not confuse poetic truth with physical truth.  Poetic truth can make us better understand our emotional link with the universe, but it cannot build airplanes, modern medicine, rocketships, or computers.

Similarly, the gay perspective may offer new and fresh insights and offer new aesthetic visions for society, but we must not confuse homosexuality with normal sexuality any more than we should confuse poetic truth with actual physical truth.  No amount of poetry can produce a car, and no amount of gay sensibility can produce life.  Life is produced by the male/female union, and that is the sacred process that creates sacred life and deserves special recognition and rights. Gay sensibility deserves special recognition and respect in the realm of art and culture. We must not confuse it with normal society and the moral necessity of marriage.

New comments are not allowed.